Hey! Get back here with my Nuts you Cheeky Taxman 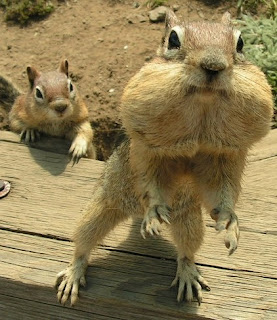 On top of the obvious taxes; income, payroll, sales, SS and Medicare you are also paying all sorts of hidden taxes.

All these taxes and "Expenses" are passed on to you in the price of your purchases and  reductions in wages (even down to the $0 wage of unemployment).

All these expenses are factored into your total compensation package and reduce the salary portion.  Plus you lose the interest on the tax withheld from your paycheck.

Your landlord is a business and doesn't pay any of those taxes either. You do! It's reflected in the rent.

Ethanol
You pay for the expensive ethanol the government mandates to be put into gasoline and you also subsidize the Corn it's produced from.

The government does not pay for anything.  You do.  Borrowed money is a hidden tax because it hits you in the future, when you and/or your children are taxed to pay interest and eventually the principal on the loan.

Mortgages
You pay for the people who don't pay their mortgage.  You fund the Federal Mortgage insurance companies and pay for the government guarantee of mortgages.  You receive no benefit or profit, the banks get that, but you pay the loss on every defaulted loan the government buys back and sells and the entire cost of what the government does not sell.  Not to mention this is also not authorized in the Constitution.

Federal Reserve
Inflation is also a tax! When the government needs to pay off debt they create more Federal Reserve Notes that we call dollars.  More total currency means each dollar, represents less of the total value/capital/assets.

Prices rise to reflect the difference and  therefore your dollar can't buy as much as before.  Where did the money go?  From your pocket and savings to the Federal Government and the Banks.

Big Banks do not pay for bad loans. You do. The Federal Reserve and the International Monetary Fund (20% comes from the USA) print more money to "restructure" the loans. Whether they are mortgages at home or foreign debt of Countries, your money is devalued and prices rise to compensate (inflation).

Interest keeps flowing to the banks and more principal cash is thrown down the drain to dictators and funding ill advised big government projects worldwide. We have lost trillions in dilution of our wealth and fostered famine and death by enriching thieves, terrorists and third world despotic regimes.

Everyone pay 6% a year interest on every dollar to the Federal Reserve.  Right off the bat, the dollar is really only 94 cents.

Again, this is not authorized and, in fact, expressly prohibited by the Constitution.

Fraud and illegals
You pay unauthorized, increased taxes for fraudsters and illegal aliens who are subsidized by "welfare", food stamps, Medicaid, education, housing and other social services.   Plus the cost of  illegal alien criminal's damage, death, Cops, Lawyers, Jail etc.

Not to mention that even the legitimate beneficiaries are paid for by programs allowed only through false redefinition of the words "General Welfare" and usurpation of power, by the Supreme Court (which has no Constitutional power to create laws) and are not authorized in the Constitution.

Minimum Wage
(Minimum) Wage increases are passed on to you in the price you pay for goods and services.  Minimum wage control eliminates entry level jobs for the unskilled (mostly minorities), causes layoffs, welfare, unemployment and crime which YOU pay for,
http://www.house.gov/jec/cost-gov/regs/minimum/caintest.htm
http://www.fff.org/freedom/1295d.asp
Also, based on false redefinition of the words "Interstate Commerce" and not authorized by the Constitution.

FEMA does not pay for disaster recovery to the uninsured, You Do!

Half the people in this country do not pay taxes.  You pay their taxes on top of your own share.  That is the "Progressive" income tax.

You personally, and the country collectively, bear the moral and financial burden for the government and it is incredibly higher than you ever imagined.

Loss of liberty and opportunity
Income tax and tax breaks allow the government to impose ideas upon you and control your behavior rather than just society, religion or common law norms.

Income tax creates a tyrannical entity never envisioned by the founders that can take everything from you.  The IRS can take your paycheck, your bank accounts, your home and all your assets leaving you and your family homeless and penniless.  Not to mention violate your privacy with every required financial disclosure.

How do you fix it?  See The Society Project - Restore America

An example of some points: