Obama's "Son" on a Stabbing and Murder spree

Obama declared that hoodie wearing thug Trayvon Martin could be his son:
What the Media showed us. 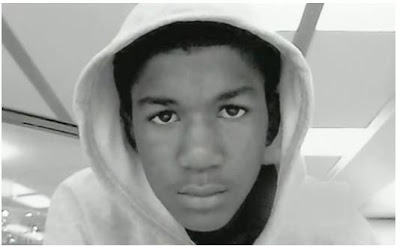 After the innocent verdict in the "White" Hispanic George Zimmerman trial,  what Obama said on the left and the truth on the right: 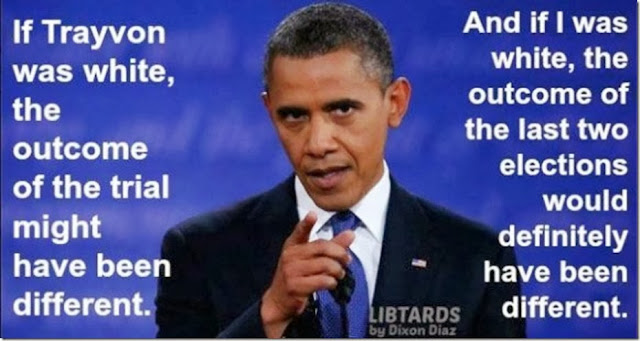 The Prez wants Justice for Trayvon: (His Justice = payback based on Envy and Jealousy.  Steal all the wealth from the Jew, Christian and Whitey and take them down)

So despite the Jury and the law he, his DOJ, his media and the ambulance chasing lawyers, will continue to persecute and harass investigate George Zimmerman - and push for
Gun Control. Other than this Crime:

Can you guess what the "White" African-American President Obama's Hoodie wearing black "sons" have been doing lately to "White" Hispanics and "white" Asians and assorted other "White"   people?

- In Seattle, Obama's hoodie wearing black son jumped out of the bushes and stabbed a 55 year old woman to death.
http://www.krem.com/news/local/Woman-stabbed-multiple-times-on-morning-walk-in-Spokane-150033045.html
- In Queens, NY Obama's black Hoodie wearing son stabbed another "white" (Hispanic) girl 11 times
http://mobile.wnd.com/2013/07/black-man-in-hoodie-stabs-girl-11-times/?cat_orig=us
- Obama's black Hoodie wearing son also stabbed a Queen's village woman in the throat and back.
http://www.nydailynews.com/new-york/queens/queens-woman-throat-slashed-brutal-attack-article-1.1381965
- And in Manhattan (without the usual hoodie) Obama's black son stabbed a woman
http://ilpvideo.com/video.php?v=MzY2NzE
- In the UK on a double decker bus, Obama's son stabbed a Schoolgirl to death.
http://www.thesun.co.uk/sol/homepage/news/4829099/Schoolgirl-stabbed-to-death-on-morning-bus-ride.html
- While on a queue (line), for the ultra violent "Grand theft Auto" video game, Obama's "Light Skinned" black, hoodie wearing son stabbed a man
http://metro.co.uk/2008/04/29/hoodie-stabbed-man-in-grand-theft-auto-queue-118806/
- Then in the UK a gang of 20 black sons of Obama in hoodies, using bats and knives stabbed a boy to death and critically wounded his father who tried to protect him.
http://www.dailymail.co.uk/news/article-2147730/Father-56-critical-condition-stabbed-trying-shield-dying-son-frenzied-attack-hoodie-gang-outside-pub.html
And...not one gun. 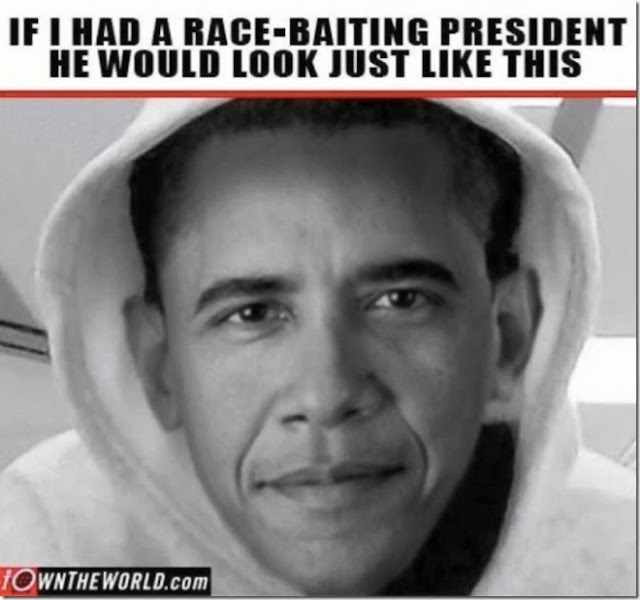 Irony of ironies.  A Racist President, Elected by Racists to prove they are not Racists.

The Racist Herd voted for Obama based on his skin color and not his character, exactly opposite to MLK's famous I have a dream speech.
Also, contrary to MLK is Obama's Racial huckstering and divisive hate against whites.
What can one expect of someone with the name "Father of the Islamic Dominion" (Ab-Uma – Obama)?  He was raised as a Muslim to hate Jews, as a Communist to hate America, taught for 20 years by Rev Jeremiah Wright to hate whites and by his radical, (Cop killer, homicide bomber, terrorist and now professor) Democrat friends to hate Republicans.  Unfortunately he and his cronies and puppet masters were able to pass these alien, non-American beliefs on to the fertile soil of the brainwashed, pre-programmed, receptive Herd.
No matter the facts, the Herd dismissed everything as conspiracy theories (especially Obama's contrived birth certificate) because He's Black (and Democrat) and he speaks well and the Political advertisements and propaganda, posing as news, said he is so intelligent.
Well, isn't that special?  The first black President of the USA.   See we showed that we aren't racist (except as needed for the Black race hucksters).  We even give him leeway  to serve out his term on vacation.  We even let the First Couple of freeloaders  take separate planes and double the enormous expenses.
Now the world can stop hating America. Oh right, first we have to give away all our money to the rest of the corrupt governments of the world (with extensive commissions going to the Politically connected), destroy our economy and kill Capitalism.
Now they can like us.  Oh wait, we have to support the Muslim Brotherhood takeover of the middle East, arm all the Islamic terrorists and kill Israel (Dirty Jews, who cares, they deserve it.  At least the Nazi Islamic propaganda says so) and destroy Christianity to separate Church from Tyranny State.  In fact kill all Religion (except Islam, of course.  Wouldn't want to stop all those bribes and Oil would we. Stupid Giuliani, turning down Prince Waleed's check to whitewash 9/11).
Ok.  Now?  Oh wait, we need another term for the least respected President in history, because we only made a start and he needs more time to finish the utopia.
Upshot -  Now, not only does the world still hate us but now they no longer respect us.  We have lost our allies, the Communists are laughing at us for being more Communist than they are and the Islamic terrorists (you know, the ones supposedly on the run) are so strong that all our Middle East embassies had to be closed down based on a suspicious whiff in the air.  Did I mention that we're in hock past the next generation's ability to pay.
The Shining City on the Hill has slid down the cliff into the slime!
Do something about it.  Use the backup plan the founders put in the Constitution - The Amendment Process:
Http://www.TheSocietyProject.org
Posted by BrerRabbi at 3:08 PM No comments: