Deja Vu all over you 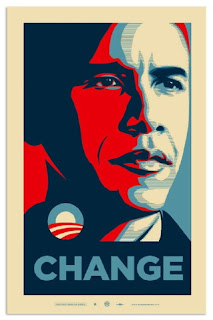 Change is the campaign slogan.

The wealthy and the greedy are called to trial and blamed in front of the entire country for causing the economic collapse.
The common man is portrayed as an everyday hero for their dedication to the nation.
A plan is put in place by the government to take over private enterprises.
Obama?
No it's Stalin.
http://filebox.vt.edu/users/efalwell/sovietprop/stalin3.html
How long before we go from change and hope to this: 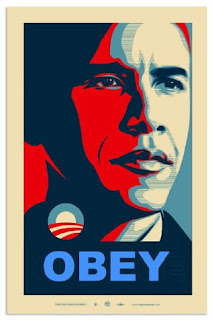 Will you let history repeat itself?

Posted by BrerRabbi at 11:37 AM No comments:

The founders believed economic freedom is necessary for true liberty and only the free market of individuals is smart enough in the aggregate to correctly price goods, services and wages.

Govenmment is to govern by curtailing abuses but not to rule.

The founders established that there be no direct taxation on individuals but rather that Congress approve spending and collect taxes through the states with the total amount to be apportioned according to each states weight of representation in the federal government.

In 1913 the constitution was ammended based on the popularity of Marxist thinking to allow congress to directly tax super rich individuals. With an assured life supply the Government parasite grew.

There aren't enough super rich to fund the ever growing spending so today everyone pays through a forced progressive tax system based on the Marxist theory of redistribution of wealth.

Effectively we now have the same situation that the Founders rebelled against, taxation without representation directly contradicting the wisdom and liberalism of our founders.

Moral, social and economic values (or devaluation as is mostly the case) can now be imposed on the populace through tax breaks, again contravening the founder's intent of freedom from a state Religion and freedom to practice our own Judeo-Christian morality.

Our constitution affirms that Life liberty and the pursuit of happiness were endowed to us by our creator acknowledging that no government grants these rights or can take these rights away due to the higher authority of the Creator.

No religion may be imposed by the state. Is not the imposition of a state code of morality an imposition of Religion? Isn't the progressive income tax that is stealing money from one class to give to another an imposition of theft that violates our freedom to practice our religion that forbids theft?

By the founder's definition shouldn't religions such as secularism, atheism, enviromentalism (a belief in Gaia or Mother Earth and the evil of humanity) and Socialism not be allowed to be practiced by our government?
Posted by BrerRabbi at 11:00 AM No comments:

The Democrats repeat the same Socialist lies as Hitler and Stalin that it was the greed of the rich responsible for all our problems and we must punish them by taxing their assets. It's the age old scapegoat that covers up the greed and corruption of the politicians.

Here are the real facts that were presented during the campaign.

Too bad no one listened BEFORE the election.

Oh that's right we never saw this video. It was censored from YouTube (copyrighted songs. Uh Huh) and the media ignored it. 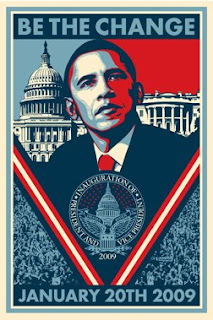 Obama is destroying our economy and our country far more quickly and far more effectively than Osama was able to on 9/11.

Socialism is finally killing the host it feeds on. Will the host wake up in time?

These Democrat's socialist policies of providing "Affordable housing" starting with Jimmy Carter caused this financial crisis. The nail was put in the world's economic coffin by Bill Clinton's community re-investment act that forced banks to create worthless mortages and re-sell them through Fannie.
Obama sued banks if they didn't comply. Barney Frank and Chris Dodd blocked the Bush admins efforts to fix the craziness.

Here are the facts:

Posted by BrerRabbi at 10:37 AM No comments:

Labels and even speech become useless as the Socialists re-define words. Democracy means a Republic, Wasteful spending is Stimulus, Leftist fascism means Republicans, Theft from one to give charity to another is called Progressive Income Tax etc.

I used to classify myself as a Liberal until I realized that the current philosophy we call Liberal is the opposite of the one the founders lived, due to Democrat/Socialist new speak.

The Conservatives were the Monarchists who wanted to conserve their positions and the Monarchy. The rest of us believed in Liberty and individual effort and were liberals.

The conservatives of old re-named themselves as progressives when the Marxist State replaced the King.
When the evils of Communism and Nazism were revealed the progressives usurped the moniker of Liberal.

Today's Liberal is the Conservative of yesteryear; wanting a strong state, central planning and control much like the authority of the king.

Today's Conservative is the Liberal of old; knowing that preserving liberty requires a free market economy and individual effort rather than state planning and wage and price controls.
Posted by BrerRabbi at 5:33 PM No comments:

Waiter, There's a Dictator in my soup!

Most people condemn the horror of Stalin and the Soviet Union i.e. planned starvation of millions in the Ukraine, murder, secret police, food shortages, propaganda, censorship, gulags, torture and suppression of spiritual practice among other horrors and affronts to freedom.

Yet people don't make the connection that these outrages are a direct result of the economic system of state/central planning in communism and socialism as opposed to the free market of individual planning.

State planning can never be perfect because people are just not smart and moral enough to handle the incredible complexity. Even with the most sophisticated supercomputers, we can't predict the weather so how will a few Politicians do better with a much more complex economy?

Why bake bread or raise cattle or farm when you will lose money on it due to low pricing?

State planned economies must force you to work and pacify you with propaganda and censorship to believe it is right to conform to the state plan.
You are treated as a cog not as a person.
Unrest leads to further controls by police, prison and torture. The fear and helplessness leads to drinking, drugs, apathy, misery and total collapse.
Posted by BrerRabbi at 4:46 PM No comments:

Every left-wing solution is based on emotional propaganda and lacks intelligence.

Use your intelligence and you are a criminal, fascist, nazi monster for disagreeing and being to the "right" of them.

Take the blaming of oil companies for our economic woes and the left-wing stupid solution of taking their profits away for alternative energy.

According to the government's own report, 2/3 of oil profit goes to the federal and state government. This doesn't include local property and storage taxes, state sales and severance taxes and on-shore royalty payments.

The government is the true beneficiary of windfall profits.

Guess what? A windfall profits tax on the oil companies doesn't reduce the government bite.

Cut out the government taxes and you would reduce the price of oil dramatically, put back money into our hands and cut the amount available for the politicians to waste.

Alternative energy is a red herring as "THE" solution for reducing oil dependency when half our oil use is for products other than fuel.
Posted by BrerRabbi at 4:30 PM No comments:

Excerpts from the review http://www.worldnetdaily.com/news/article.asp?ARTICLE_ID=59446

Unlike most of his maleducated peers in the media, Goldberg rejects the historically ignorant view still dominant in American pop culture that perceives Fascism and National Socialism as right-wing political phenomena.

Goldberg correctly identifies both revolutionary ideologies as being inherently of the political left; more importantly, he provides substantial documentary evidence proving his case beyond any rational doubt. And in doing so, he exposes six decades of intellectual fraud committed by American academics, 60 years of university professors averting their eyes from the historical realities and teaching the literal Stalinist line to multiple generations of college students.

This is a book that not only needed to be written; it is one that is long overdue.

I highly recommend "Liberal Fascism" for anyone who has ever been called a fascist, has ever called anyone else a fascist, or simply wishes to understand the history of the ideologies that pervade modern American politics.
Posted by BrerRabbi at 4:17 PM No comments:

Stealing is never having to say you're sorry

Can we get an apology from the government that does the same thing?

The government forces us to hand over the lion's share of our wealth through Payroll, Medicare, Social Security, Sales, inflation and all the hidden taxes. The government says I'll only rob 60% of your money so you can still get by for the next week when I rob you again.

Can you forgive this guy for stealing since he probably is giving the money to someone who needs it? Or would you lock him up because he stole the money, rather than ask for help and have the money donated to him voluntarilly.

Maybe this owner would forgive him once. Like we forgave President Lincoln who never asked for income taxes again.

But the more someone who is ostensibly trying to help steals the more he will feel entitled and the more ruthless he will become to push away the guilt. Just like our government has become with income taxes.

Democrats/Liberals say it's ok to steal for a good cause. That's Socialism and it's immorality is rotting our society.

Government is the great fiction, through which everybody endeavors to live at the expense of everybody else.-Frederic Bastiat, French Economist (1801-1850)
Posted by BrerRabbi at 3:57 PM No comments: